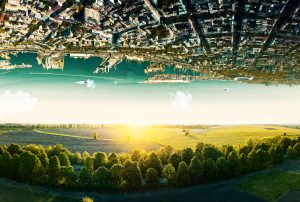 The most important factor in this increase in urbanization is the industrial revolution. However, this rapid urbanization brought economic (unemployment), demographic, spatial, physical (housing problems, squatting) and social (lack of urbanization) problems. Environmental problems arising from rapid population growth and the selfish and unlimited consumption of natural resources hinder the ability of future generations to meet their needs. At this point, the concept of sustainability emerges as a solution, and the solution to these problems lies in the creation of smart cities and living spaces based on sustainability principles.

What are the first steps to transform our city to be a sustainable smart city?

In the literature, there are similar concepts such as “sustainable city”, “urban sustainability”, “smart city”, which are often used indiscriminately. It is generally accepted in the literature that there is no consistent definition (Neirotti et al. 2014). Urban sustainability takes environmental factors into account, while the smart city concept (Karadağ, 2013; Ahvenniemi et al., 2017) takes social and economic factors into account more. According to Gül and Çobanoğlu (2017), smart cities are considered as a structure in which information and communication technologies are used effectively in urban areas, there is mutual communication between society and the city, and concepts such as sustainability, information, technology and participation are included together.

The main characteristic of sustainable smart cities is that they are cities where, on the one hand, human needs are met better than today’s cities, while on the other hand, systems are developed that will not prevent the needs of future generations from being met, or where change is realized in continuity and social and economic interests are realized in harmony with environmental and energy concerns (Anonymous, 2009).

Sustainable smart cities are defined as cities that use limited resources more effectively and efficiently, produce smart solutions by investing in information and communication technologies and thus achieve savings, increase service and quality of life, restructure spatial planning processes in a holistic manner, continuously reduce carbon footprint by investing in innovative and sustainable development, and invest in sustainable development (Ateş, 2018). With these characteristics, sustainable smart cities should not only be considered as places where technology is intensively applied and used (Albino et al., 2015).

Earth Overshoot Day: “We consume like we have 1.7 Earths”

One Step Ahead with Life Cycle Analysis (LCA)